Reviews of Echoes Across the Century


Our book tells how the origins of “Echoes” lie in the lives of those working in the trades and industries during WW1. It follows the students as they discovered the stories of those affected by the war and how they revealed what they had learnt in artwork working with artist Jane Churchill. It showcases the installation at Guildhall Art Gallery and the buzz that surrounded the outcome of our ambitious project.

The book is available here in printed form and as an ebook. 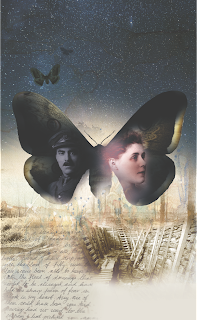 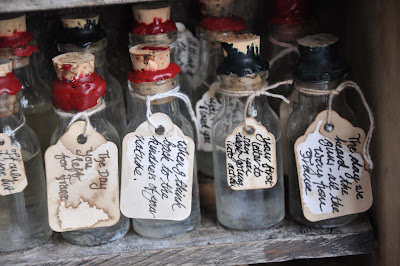 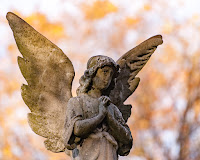 Echoes Across the Century
This beautiful book reveals the stories behind the scenes of WW1 through the eyes of 240 London students. How did those left behind cope with separation and loss? Who drove the ambulances, made the saddles, shipped the boots, kept communication lines open, staffed the hospital ships? How did they cook the meals, produce the ration tins, recruit more troops? What was it like to fly the early aircraft? Playing cards were a crucial link to home, a distraction and an ice-breaker. Peace memorials are a lasting reminder of loss and a monument to a nation's gratitude. 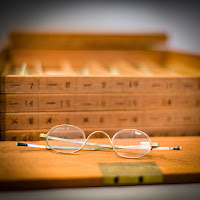 12 heritage objects were explored and students created responses to their research working with artist Jane Churchill, whose own haunting work inspired stunning artwork by the 240 participating students. 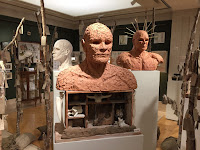 Livery Schools Link worked in partnership with schools and Livery Companies and the project was generously supported by National Lottery players through the Heritage Lottery fund. The project was conceived and delivered for Livery Schools Link by Alison Truphet and Jane Churchill. Jane Churchill's own hauntingly beautiful WW1 installation, Degrees of Separation, is featured in the book. 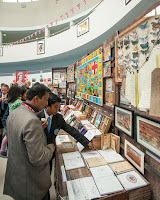 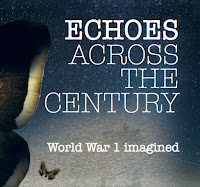 "Echoes Across the Century" in print

Thousands of visitors were thrilled and moved by the extraordinary exhibition at Guildhall Art Gallery this summer which commemorated WW1 through the stories of those who worked behind the scenes of the war. Artist Jane Churchill and producer Alison Truphet are proud to share some of the comments left by visitors to the gallery. 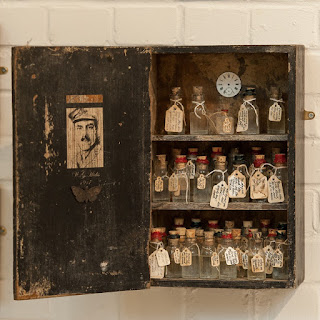 "My second visit to an extraordinary exhibition - the most moving I have ever seen. It should be exhibited all over the country. We must never forget the sacrifice" 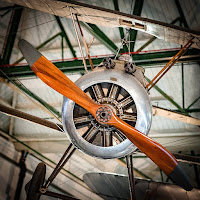 "I thought the exhibition was wonderful. The artwork the children made and the messages delivered through the art are so powerful" 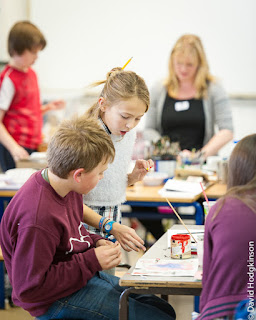 "A moment where you realise war can be expressed in art. And when you realise that people have truly expressed their thoughts through art."


"Wonderful illustration of schools working together, brilliant. Thanks for all the hard work everyone." 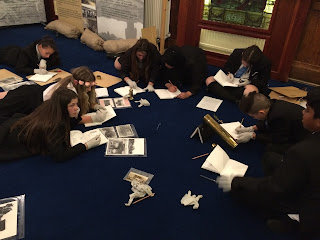 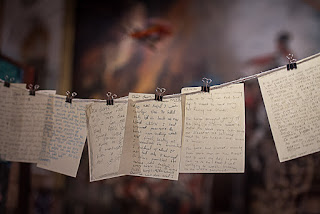 "I found reading some of the letters incredibly moving. It allowed me an insight into such a traumatic time in history. Incredible exhibition" 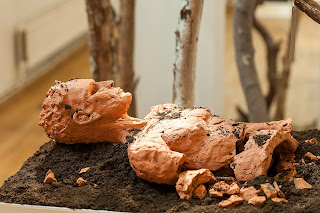 "Marvellous way to remember those who fought in such dreadful conditions"

This exhibition brought tears to my eyes. The soldiers were not much older than children as they gave their lives. Thank you 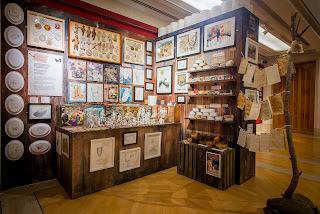 This wonderful work has engaged the children on such a massive sensory level. It will transform the way they look at war and conflict.

Our lasting legacy of the heritage discovered and revealed 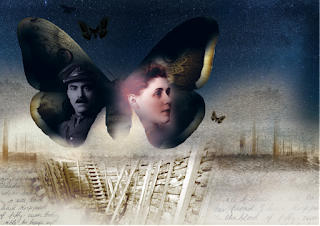 ECHOES ACROSS THE CENTURY: ORDER YOUR COPY OF THE BOOK NOW
£9.99 (RRP £12.99) FOR A LIMITED PERIOD ONLY
contact alison@truphet.com for details

"ECHOES ACROSS THE CENTURY" - THE BOOK, AVAILABLE SOON

There is now a beautiful book about our inspiring project to commemorate the 100th anniversary of World War 1.

Inspired by the life and love of Second Lieutenant William Goss Hicks who died on 3 July 1917, Jane Churchill created her installation "Degrees of Separation" to illuminate love, separation and loss experienced by so many in WW1. 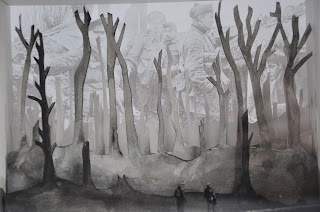 Students chosen to participate in an ambitious project, created stunning artwork with her to illustrate the devastating impact of the war on all who were involved, not just those at the Front.

The book tells how “Echoes” began with the story of those working in the trades and industries during WW1. Who made the saddles? Who designed the recruitment posters? How did they cook meals for the troops? 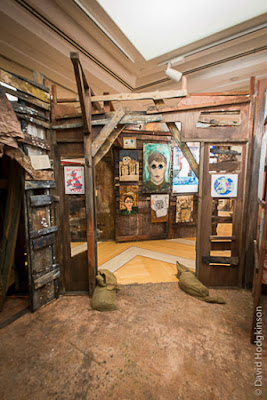 Students discovered how the war affected everyone behind the scenes producing goods and services for the troops and they revealed what they had learnt in collaborative and expressive artwork led by Jane.

This wonderful book contains over 200 full colour photos about the project and exhibition involving 14 London schools, which illuminated the heritage of 17 Livery Companies of the City of London. 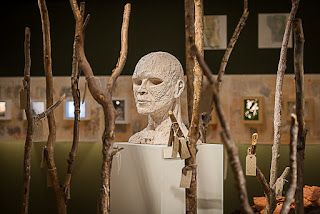 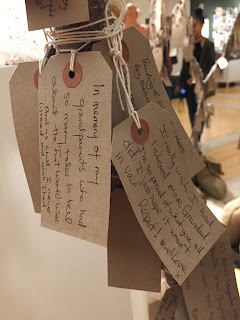 The installation at Guildhall Art Gallery in the summer of 2017 thrilled and moved thousands of people and engaged hundreds more in a programme of thought-provoking events. It was generously supported by National Lottery players through the Heritage Lottery Fund (HLF) and delivered for Livery Schools Link by Alison Truphet and Jane Churchill. 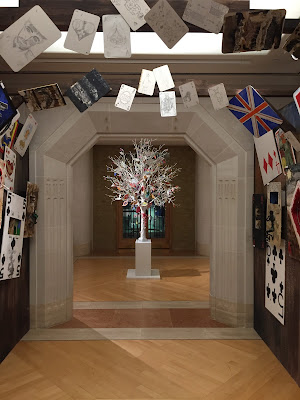 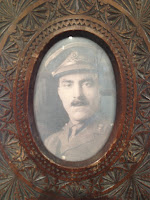 Will Goss Hicks, known locally as Bill, was first a pupil, and finally, headteacher of Lady Boswell's Primary School in Sevenoaks, when the school was housed in a town centre building on London Road which today is a restaurant, amazingly called "Bill's"

He was also the founder of 1st Sevenoaks Hicks' Own Scout Group, a scout group which is still flourishing.

Passionate about music and importance for children of singing and a member of the congregation at St Nicholas' Church, Will was engaged to Jessie Ellman when he signed up for active service in France.

He died from wounds on 3 July 1917 and is buried in Barlin Cemetery near Bethune in France.

His great great niece, Jane Churchill found inspiration from his story to create her installation "Degrees of Separation" which was exhibited in the Kaleidoscope Gallery in Sevenoaks in 2011. This formed the basis of the artwork created by 240 students in a year long heritage art project involving 17 Livery Companies representing the trades behind the scenes of WW1 and generously supported by National Lottery players through the Heritage Lottery Fund.

We wove together all these elements to create a wonderful memorial day in his memory on Monday 3 July 2017. Apollo5 led a music workshop for students in year 5 at Lady Boswell's Primary School which included rehearsing a medley of WW1 songs for a concert at St Nicholas' Church where they performed against a backdrop of pictures from "Echoes Across the Century". Apollo5 performed both on their own and with the children, a programme inspired by the stories from WW1. A solo of Rusalka's Song to the Moon was exquisitely played by Tom Neilson from Archbishop Tenison CE School, one of the "Echoes" partner schools. Two cubs in uniform from Lady Boswell's laid a wreath of moths at Will Goss Hicks' memorial plaque in the church. the wreath was made by Jane using paper moths created by students from St Thomas' Primary School in Sevenoaks on their recent visit to Guildhall Art Gallery.

Jane gave a short presentation about the installation at Guildhall Art Gallery to round off the event, explaining her family connection and introducing her Great Aunt Jean, Will's niece, to the audience.


Jane and producer Alison Truphet, left immediately for France where they spent some time at Will's grave to reflect on the centenary of his death, his influence on the "Echoes" project and the impact of his story on all the thousands of visitors to the installation at Guildhall Art Gallery over the last three months. 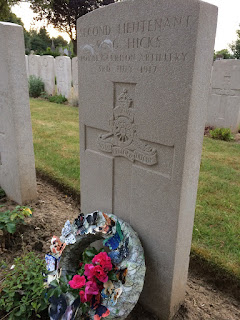 Memorial Event for Will Goss Hicks

Sevenoaks man, Second Lieutenant Will Goss Hicks died in France on 3 July 1917. We wanted to mark the date in a significant way so we have arranged for an art workshop and singing workshop for students from the school where he was head teacher and a concert with those students in the church where he worshipped.

Artist Jane Churchill will lead an art workshop in the morning on 3 July 2017 which will be followed by a singing workshop led by Apollo5, five professional singers from the world renowned group  Voces8 . Students will then perform a concert with Apollo5 in St Nicholas' Church in Sevenoaks at 1.15pm against a backdrop of stunning pictures of our highly-acclaimed exhibition which has now be enjoyed by thousands of people from all over the UK and the world.

Do join us on Monday 3 July from 1.15 - 2.30pm at St Nicholas' Church, Sevenoaks, for a moving tribute to a much-loved Sevenoaks WW1 soldier.

There is still time to visit "Echoes Across the Century" at Guildhall Art Gallery open every day until 16 July, entry is free.

This project is funded by

This project is managed by